PLEASE NOTE: If I mark a swap as being sent and that day has no mail delivery, it's because I put it in a USPS box by our mail room (which is just down the hall from me).

If it's not in the box by the time the mail comes, it doesn't get picked up till the next day so when I put a letter in the box in the evening or on the weekend and it shows marked as being sent on a Sunday or the prior day is marked sent and the postmark shows the following day, this is why ...

I mark sent as soon it goes into our USPS box because I'm afraid if I didn't, that I'd totally forget and wouldn't mark it sent at all. Old age? Perhaps! lol

For at least the past 6 months (and probably longer than that too but I didn't check as carefully as I do now) ... I seem to end up with quite a few people who do not feel it's important to rate the swaps and then I have to message them and then HOPE that they'll rate me. There have been some who have not even after I messaged them.

If this keeps up, I am tired of having to write and ask (beg?) for a rating and after a certain period of time, I'm just going to start listing non-raters on my profile. There's a rating system for a reason and I thought it was a requirement to do so.

At the same time, any non-raters who do get listed will not be eligible to join my swaps. If I do get them as a partner in a swap that I join then all I can do is hope that they'll rate me and if they do, then I'll remove their name from the non-raters list. I hate to do it but being rated is important to me and I imagine it is to the person who isn't rating but only if they don't get rated themselves I think is when they care about it - not when they won't rate others swaps.

Hi! My name is Debi and am a 64 year old Christian woman and I would love to hear from anyone who was born on that exact same day, which is May 8, 1956. I've looked for years but as of yet have not found anyone on that exact day.

Last year when she turned 9, we were actually the same age for a year 'cuz ya see, I've always heard that cats age 7 years to a persons 1 year and if that's the case then when Kyla turned 9, I times that by 7 and voila! Ky and I are were both ... 63 for a year! LOL

No fair, she looked far better than I did at that age! Ha! Ha! 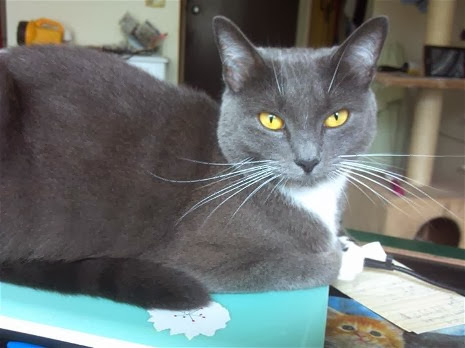 I am just starting a new hobby of collecting Business Cards but after a very short time I realized that I need to be selective in the ones I collect.

There are a few specific categories that I really want to collect now and those are:

Aside from these, I'd also love any dance related business cards (such as from ballet studios and such.) And though opera is not my favorite music, I still would love to have an opera business card (silly, I know but ... well, what can I say? Ha! Ha!)

Thanks so much for taking the time to look!

I also love vintage photos as well, especially the regular sized pictures of anybody [don't worry, if the photo isn't identified and you don't know who the person is ... I'll give them a name. LOL]

Now, can you just see my daughter going through junque journals after I'm gone and seeing someone in it named Uncle Dan or Aunt Isabelle and her sitting there wondering why I had never told her about them.

Then she'd wonder what side of the family and hey, maybe even look at other family pics trying to find similarities to her "new kin" she didn't know about. Ha! Ha!

Maybe I really ought to tell her about the pics and make sure she knows any in the junque journals and such aren't gonna be family pics. (Hopefully I'll remember to tell her .... lol)

Thanks so much for taking the time to read this!

I have put off doing this for a VERY long time but finally it's come to the point that some people just ignore your messages asking them to rate you and well, I've had enough.

@Fabriqueen - "Email swap #1 - coronavirus" Swap ended April 6, 2020. Unfortunately I didn't discover the non-rating until July 19th (2020) in which I sent Diane a message to please rate me. It is now July 27th and though she's been online since - she still has not rated me. If this weren't a continuing problem with her, I probably would have waited a bit longer before posting it on here, but ... enough is enough.

WHEN or IF she finally does rate me, I will update and post the date this swap was rated.

For You will light my lamp; The Lord my God will enlighten my darkness. Psalms 18:28

The LORD is a refuge for the oppressed, a stronghold in times of trouble. Those who know your name will trust in you, for you, LORD, have never forsaken those who seek you.


Greetings Debi, Those who trust in the Lord will find new strength. They will soar high on wings like eagles. The will run and not grow weary. They will walk and not faint. Isaiah 40:31 Mega Profile Bible Verse Swap #2 blessings, ellie

Blessed is the man that walketh not in the counsel of the ungodly, nor standeth in the way of sinners, nor sitteth in the seat of the scornful.


Have not I commanded thee? Be strong and of a good courage; be not afraid; neither be thou dismayed: for the Lord thy God is with thee whithersoever thou goest. Joshua 1:10


Let your character [your moral essence, your inner nature] be free from the love of money [shun greedŌĆöbe financially ethical], being content with what you have; for He has said, ŌĆ£I will never [under any circumstances] desert you [nor give you up nor leave you without support, nor will I in any degree leave you helpless], nor will I forsake or let you down or relax My hold on you [assuredly not]!ŌĆØ Hebrews 13:5 Amplified Bible Version


Thank you so very much for the Happy Birthday wishes! It truly means a lot. 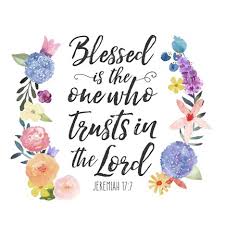 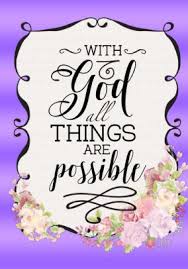 
Arise, Shine, for thy light is come, and the Glory of the Lord is risen upon thee. Isaiah 60:1 KJB. This has always been a special verse for me. It was our watchword in Girl's Auxiliary, a missions group in the Baptist church where I was raised.