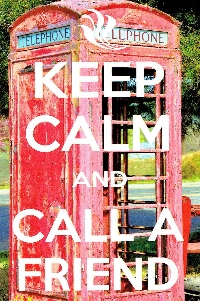 Due to mail constraints, this round is regional - US only. Once mail is no longer an issue due to COVID-19, this swap will once again be international.

Why did you ban me from this swap? I have a great rating! That is strange!

Because based on your own profile, you’re a drama llama, and just the way you’ve commented on my profile confirms such. I clearly stated in my requirements - no problem swappers AND asked that if you thought the ban was in error, to POLITELY message me. Instead, you took to leaving a snarky comment on my profile. You’re NOT singled out, about 10 people have been banned so far for a variety of reasons. There are multitudes of PC swaps that maybe have looser requirements than my swaps do - I don’t want any drama.

I am not a drama llama but evidently you are. Furthermore, I am glad to know that you are not a kind person so I can avoid you in the future. My profile says I have hearts and good ratings. I only had two issues from years back. One was a swap to Italy that I sent two times with tracking and she never got it due to customs. The other was a lady who inboxed me and told me the reason she gave me the 3 and it was a reason about my religion. At any rate, you are the one who is rude not me. I have always been kind to people. I did inbox you and you read it and never replied. Do not worry I won't join any swaps you make or any you are in. Please also do not join any of mine.

People who have flaked me or otherwise upset me:

@hellokittylover27 flaked me on the Birthday swap.

@SuperMeMe flaked me on the Healthy Beverage Recipe Swap.

@pinkbixi flaked me on the Mushroom swap.

@wildlifelover flaked me on the Quick-What do you already have at home? swap and the swap coordinator @koekje87 was actually not very caring or helpful. This incident really has scarred me.

Update: @wildlifelover ended up re-sending the swap after I contacted him and he sent really nice things!

@Rabu for Send Me Something Cheap and Cute!, Mail Art and Goodies, and Hearts and Rainbows Decorated Envelope, Pamper Me Swap, heart to heart envie, Wrapped Sweet Little Presents, and (a few others I think have slipped my mind).

Update: Mail Art and Goodies that @Rabu flaked me on was angeled by @Macrophage thank you so much!

@AmberDoll for Deco Envie and Surprises x3, angeled by @nasreen thank you so much.

@LizCupcake for Relaxation and Nature Swap. This swap was very generously angeled by @KimmieSC thank you so much!

@pdjewelrylady for Outrageous Skirt Swap (This lady lied to me up and down. She said she mailed it two times and never did. I hate being lied to. She lied to me and the coordinator. Stated that I sent her eBay links and harassed her; well she wanted me to send her links of styles of skirts I liked. I emailed her to ask if she sent my skirt because she marked sent on 02/26/12 but then later said it was in her car. She lied about that and then told the coordinator that she sent it twice which is not true. A very terrible swapper! Now she is planning to not swap anymore and is blaming me that I ruined her fun here. I did not harass her as she is telling people, I simply asked her why my skirt never arrived. That is when she said her husband never had mailed it. She claims this took the fun out of swapping. Well, if she had not lied to me and sent her end of the swap then maybe this would be fun. She kept changing her story and if she did not want to send me anything then she should have said so. Perhaps her idea of fun is not sending people their swaps! The coordinator @punkydoodle also contacted her but I was never contacted further. I am unsure if she believed that @pdjewerlylady sent me a swap 2 times as she stated. But, I never received a thing and I know it was never sent. As stated previously, I have messages where she said she forgot to mail it twice. I requested an angel but nobody offered. Oh, well atleast my partner enjoyed her swap!)

Update: I get contacted by @punkydoodle on 04/23/2012 stating that I have harassed @pdjewelrylady and that the harassment needs to stop. Am I missing something here? I have not contacted the flaker-swapper for weeks. Furthermore, I blocked @pdjewelrylady on 04/08/2012. I have not contacted her since 04/06/2012 and I can not now that she is blocked. I never harassed her to begin with that was a full blown lie. She says she is not sending my swap because of harassment. Ok, obviously the new definition of harassment when it comes to swapping="requesting your swapmate to send out swaps again/resend which were never sent out in the first place". At any rate, @punkydoodle says she will try to get me an angel somehow. I told her if not then it is okay I will just accept the fact that I did not get a skirt. :"( 07/12/2012-I never received an angel for this swap and I am not expecting one. This was never angeled and I was continuously misguided by both the swapper and the host.

@Nibbler2011 for 2 Handmade Cards for 2 Partners USA Only

@SKOOZMEPLZ for Stuff a Pop Tart Box-Luckily the host @ladyaries7 was sweet enough to angel it and sent an awesome swap! Thank you so much!

@ilovetocraft7 for Pink and Purple Surprise

@madamsnape never rated me for the Love My Nails~USA Only"

You have never PMd me, and I never read a PM from you because one doesn't exist - happy to see proof of one though. Go ahead and screen shot and post the indication that you've PMd me and it's been read.

You have an entire section devoted to "people who have otherwise upset me" AND you're still coming at me on MY swap. How am I the issue here?? I'm not. I can't believe you are this upset over a PC swap, seriously. You're more than welcome to avoid me. If you had PMd me as you claim to have done, I would have considered a private swap, but all I've received are snarky comments on my swap and my profile. I apologize that being banned from my swap has upset you so; 11 other people were banned also.

There are thousands of people on SB and just as many swaps so this is absolutely ridiculous.

Convenient that you deleted the section I referred to above. Luckily, it's been archived so people can see your drama... even though you've tried to cover it up by deleting it and point the finger at me.

I told another swapper who is a lovely lady that I did contact you. I replied directly to the email that said I was banned and messaged you. So as we say in Arabic "khalas" enough. Goodbye.

Oh and by the way I deleted that because the other swapper said to not post about flaked swaps. Furthermore, I am probably older and more mature than you. I do have a right to post about my flaked experiences on here if choose to. But you act like a kid.

I ne we deleted it because of you. You are nothing to me. I have nothing to prove to you. Everyone knows that I have had that on my page for years. I suggest you grow up. I won't be coming back to read your messages. I am sure the real reason you banned me is not this post.

The last thing I will say is if you click on those swappers who flaked me most are not even on swapbot anymore. My mom died so I did not come on here in a long time. I have not had time to clean that up yet. I have been a member here for years. So before you blast me publicly and misjudge me put yourself in my shoes. I have been flaked over 15 times. You know nothing about me. Anyway, you made a goodhearted person look bad. I put my heart in every swap I send out. So I am not going to cry over a 35 cent swap when I. Doing a private $100 swap currently. I have nothing more to say.

I honestly received no PM from you, nor a response to the message that you had been banned. Again, I am sorry that being banned from my swap has upset you so and caused you to expend so much of your energy focusing on me and my swaps. I assure you the only reason I banned you was because you have a difficult personality, which I know you will not realize or accept because you read everything through the eyes of a victim. I have been nothing but polite in my responses to you, and I'm sorry you don't think I'm kind, but I don't think you are particularly kind either. The $100.00 private swap should certainly take your mind off of this meaningless one, WHICH how meaningless is it when you feel the need to act like this over, as you point out, a .35 cent swap? Seriously though, take care of yourself - stay healthy and happy!

Contact Amy Blaisdell-Pechmanová was the name that showed up. I sent it maybe a glitch. I don't care at this point too tired to keep bickering. But yea we not analyzing a crime scene here so let's just be calm. You take care too and have fun with your swaps. I won't bother you anymore. Oh, and note to all swappers who must think I am crazy by now. I am very sorry you had to see this. At your discretion host please delete all these messages. I do not want to make anyone upset.

I am very happy to see LavanderSprinkles take the high road here.

For the sake of the Swap-Bot community that stumbles across this swap, and in the spirit of goodwill and kindness, it would be a nice gesture to see the hostess delete all these messages so it doesn't put a cloud over anyone else's day. It made me quite sad to see such a lack of compassion between sister swappers. Let's try to be more gentle with each other going forward. I know we can do it if we try.

Best of luck to you both, CherryBlossomLady :)